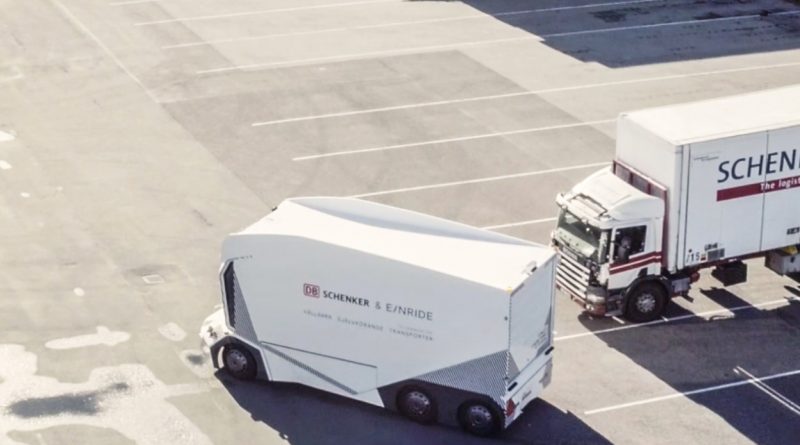 “Autonomous trucks will become increasingly important for the logistics sector. Together with Einride, we are now able to introduce autonomous, fully electric trucks to a continuous flow on a public road – a milestone in the transition to the transport system of tomorrow,” says Jochen Thewes, CEO of DB Schenker.

On the 7th March the Swedish Transport Agency and Einride conducted a so-called Site Acceptance Test (SAT) – a test under real-world conditions – at the facility in Jönköping. The government agency concluded that the T-pod is able operate in accordance with Swedish traffic regulations. March 11, Einride’s application to expand the pilot to a public road was approved.

“Heavy road transport is responsible for a substantial part of global CO2 emissions. The pilot in Jönköping is a small but important step towards a sustainable transport system. The permit from the Swedish Transport Agency is an important testimonial to the safety of the solution,” says Robert Falck, CEO and founder of Einride.

Daily transport between a warehouse and a terminal will commence during spring.

The permit applies to a short distance on a public road within an industrial area – between a warehouse and a terminal – where traffic speeds are typically low. The permit is valid until December 31, 2020.Einride and DB Schenker initiated their partnership in April 2018. The agreement includes the pilot in Jönköping and an option for additional pilots internationally.

The all electric T-Pod is Level 4 self drivimng unit with no drivers cab but is remotely controlled by a human operator when needed.

It uses a combination of Radar, Lidar (3D scanners), cameras and obviously a set of computers ensuring it has 360 degree awareness of all around.

Radar is based around electromagnetic pulses reflecting off objects with the Lidar system using a series of laser beams reflected on a rotating mirror.

The computer is based around the latest generation NVIDIA Drive platform using 5G provided by Ericsson and Telia for greater reliability and information data.

Daimler,TRATON and Volvo charge up