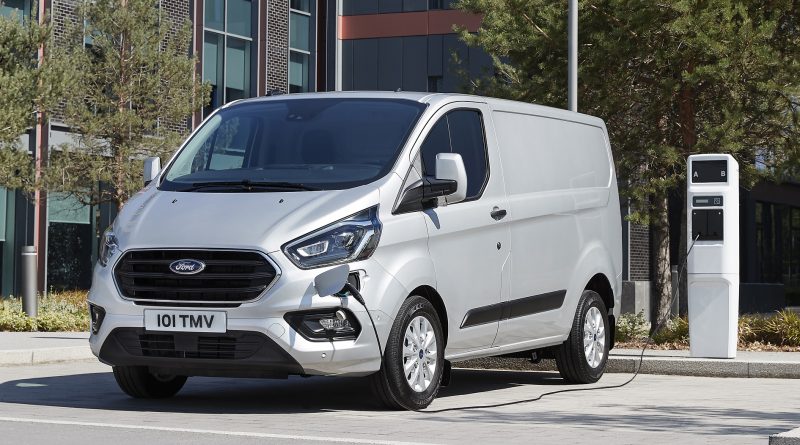 From 2019, the UK’s most popular panel van will be available as a plug-in hybrid. The Ford Transit Custom PHEV is powered by Ford’s 3-cylinder 1.0-litre EcoBoost engine and a 14kWh lithium ion battery, providing a range of up to 300 miles but only 30 of which will be zero-emission.

Compared with other manufacturers, Ford has taken a back seat when it comes to developing alternative fuels for its vans and, rather than developing all-electric models, it has decided to go down the hybrid route.

“Specifically for commercial vehicles, our fleet customers told us they feel the pressure to improve air quality, especially in cities. However, a pure electric CV doesn’t suit light commercial vehicles travelling long distance, and or with heavy payloads”, explains Dave Petts, leader of the Urban Electric Van program at Ford.

“The PHEV Transit Custom vehicle offers ideal cost of ownership proposition, eliminates range anxiety, and can be charged using existing systems so there is no need for new infrastructure. In addition, it offers the lowest payload impact as the vehicle is very specific to the customer group, which is urban deliveries.”

The Ford Transit Custom PHEV employs something called a ‘series-hybrid driveline configuration’, whereby the electric motor powers the front wheels at all times and the 1.0-litre EcoBoost engine generates additional charge when required.

The 14 kWh liquid-cooled lithium-ion battery pack is lightweight so there’s minimal intrusion into the payload and, because its relatively compact, is can be stored under the load bed. Although the PHEV version is heavier than standard models, it is still able to offer a payload of over 1,000kg.

Ford hasn’t disclosed too much information on the PHEV, and have still yet to confirm the power and torque outputs of the electric motor. It has revealed, however, that there is an all-electric range of around 30 miles, although this can be extended an extra 270 miles with the petrol engine.

There are three selectable EV modes offered, allowing the driving to chose how and when they use the battery charge:

One of the advantages of the smaller battery pack is the shorter charging times. Full charge can be achieved from a standard 240v domestic charger in just five hours, and a 32A connection cuts this to just three hours.

A power/charge gauge has replaced the standard rev counter in the instrument panel, while the engine coolant temperature indicator has been replaced by a battery charge level indicator. The trip computer has also been reconfigured for the new driveline and items such as EV mode indicators, maintenance alerts, and a warning when the vehicle is plugged into a charging point have been introduced.