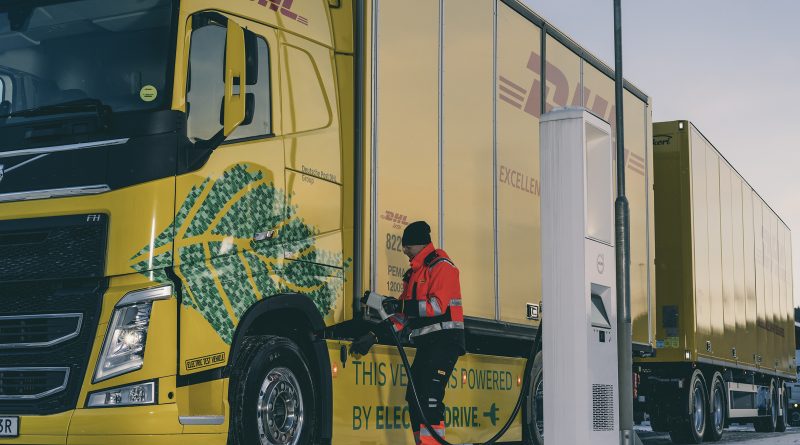 We announced it a few weeks ago but Daimler Truck AG and the Volvo Group have finally completed the deal to form the previously announced fuel-cell joint venture, which will see two the world’s largest heavy truck players tackle the fight to transition from diesel to fuel cell , together.

This has to be one of the greatest indicators of how much turmoil that many of the world’s ‘legacy’ truck manufacturers are in, as both these very well respected and highly independent groups cannot afford to ‘go it alone’ to combat the increasing pressure from both sides of the Atlantic to go zero emission bumper to bumper. Not only that, they are also feeling the pressure from a significant number of ‘green field’ new technology players that don’t have any ICE hindering their move to zero emission. Don’t get me wrong, I believe that both Volvo Group and Daimler Trucks will win through in the end but there’s going to be a lot of heartache and anguish before both reach that goal.

Is there are shortcut?

It would appear that the two companies have decided that working together at the ‘fundamental’ stage is the key to success but I would not be surprised that further down the line the co-operation will continue to build despite the public words to the contrary. I also believe that potentially taking over one of the new players on the block may be another opportunity to short cut the route to market for their fuel cell ambitions and let’s face it – that’s the business model for many venture capital based start ups especially over a five year period. This will not happen immediately but just like we have seen in the vehicle autotomy sector this has proved a popular and cost effective policy which shouldn’t be and won’t be overlooked!

Cellcentric is the name of the joint venture company and he Volvo Group has acquired 50 percent of the partnership interests in the existing Daimler Truck Fuel Cell GmbH & Co. KG for approximately EUR 0.6 billion on a cash and debt-free basis. The aim is to make the new joint venture a leading global manufacturer of fuel-cells, and thus help the world take a major step towards climate-neutral and sustainable transportation by 2050.

The joint venture will develop, produce and commercialize fuel-cell systems for use in heavy-duty trucks as the primary focus, as well as other applications. A key goal of Daimler Truck AG and the Volvo Group is to start with customer tests of trucks with fuel-cells in about three years and to commence series production during the second half of this decade.

The Volvo Group and Daimler Truck AG own equal interests in the joint venture, but continue to be competitors in all other areas such as vehicle technology and fuel-cell integration in trucks.