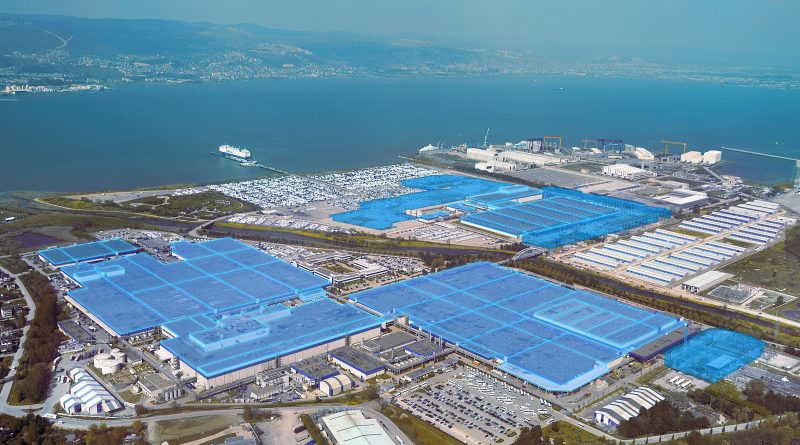 What an interesting announcement from Ford Commercial Vehicles we’ve had this month. Its interesting because not only has a new all electric Transit Custom broke cover but also it appears to be announcement about Volkswagen as well. Confused you should be – Read on and all will be revealed !

Ford and Volkswagen – the same van?

Whilst the Ford press release obviously talks about the all new Transit Custom which will break cover in the first half of 2023 and will include an all-electric model in addition to plug-in hybrid, mild hybrid and conventional engine variants. The really interesting snippet amongst all the information is that the next generation Volkswagen 1-tonne commercial vehicle will also will be sharing the same platform. Of course the one tonne Volkswagen van mentioned is the iconic Transporter.

Of course, this is not a surprise as Ford and Volkswagen announced their plans to work together on joint production for all their new commercial vehicles including pickups. The reason is quite simple and confirmed in this announcement as its adds valuable scale to vehicle platforms and brings more technologies to market, faster as well as providing cost-effective vehicle development and sourcing.

This next generation Transit Custom will be built by Ford Otosan which is part of Koc Holdings and this relationship dates back to 1928, The Custome and Transporter will be built at the Kocaeli facility which opened in 2001, and since 2004 has been Ford’s global lead plant for the production of successive generations of the Ford Transit Custom range and the Transit 2-tonne. The Ford Courier range is manufactured at Ford Otosan’s Yenikoy Assembly Plant also located in Kocaeli. In total, around 85 percent of the sales of the complete Transit family of commercial vehicles are from vehicles manufactured by Ford Otosan in Turkey.

“Today, we are starting another strategic investment that will help shape the future of the automotive industry. Our Kocaeli plants will be transformed into Turkey’s first and only integrated production center for the assembly of electric vehicles and batteries. We consider this investment, which will span over a decade, as a forward-looking strategic move. I would like to thank Ford Motor Company for their trust in Turkey and Ford Otosan which made this significant investment possible,” said Ali Koç, chairman, Ford Otosan, and vice chairman, Koç Holding Board of Directors.

Ford believes diesel and hybrids have their part to play

Its interesting that Ford believes not all commercial vehicle operators will make the move from the conventional internal combustion engine to all-electric vehicles in a single jump and this is why its range of powertrain technologies from mild hybrids through to plug-in hybrids are essential and will continue to be a significant part of the next generation Transit Custom range. This maybe right for a lot of Europe but with a ban on new diesel van sales from 2030 here in the UK , the ‘window of opportunity’ for volume diesel and hybrids sales will probably be confined to five years at best considering its launching in 2023.

Click here to read about the Ford Transit getting BYD batteries