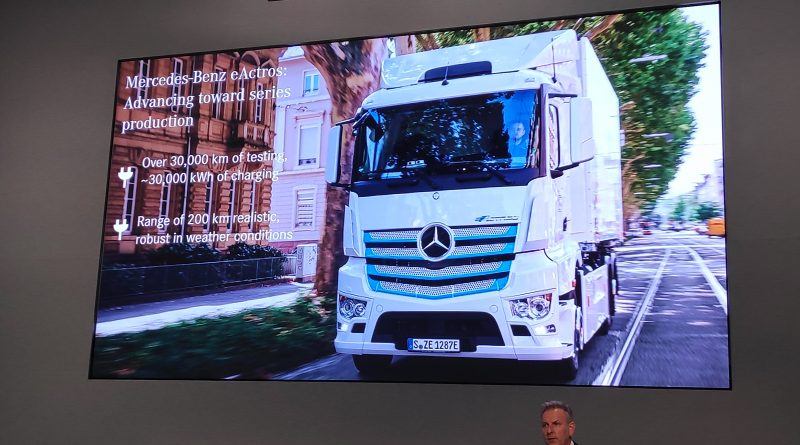 eActros from Mercedes-Benz Trucks has over 30,000kms and 30,000kWh of charging experience according to Stefan Buchner Head of Mercedes-Benz Trucks at their overview of what has happened during 2018. Perhaps more importantly the 200 km expected range has proved to be realistic in all weather conditions which was one of the key targets. The eActros was launched at the IAA show in 2016 and in less than 2 years Mercedes-Benz are happy with their progress, in fact, they have announced there’s going to be second generation eActros learning from the experience they have gained running the current vehicles over the 24 months.

The exact specification has yet to be announced but it will be based around a tractor / trailer combination, in fact it could be similar to the Freightliner eCascadia that is currently running in the United States but we feel it will be a step beyond the existing technology, particularly in the battery and controls system.