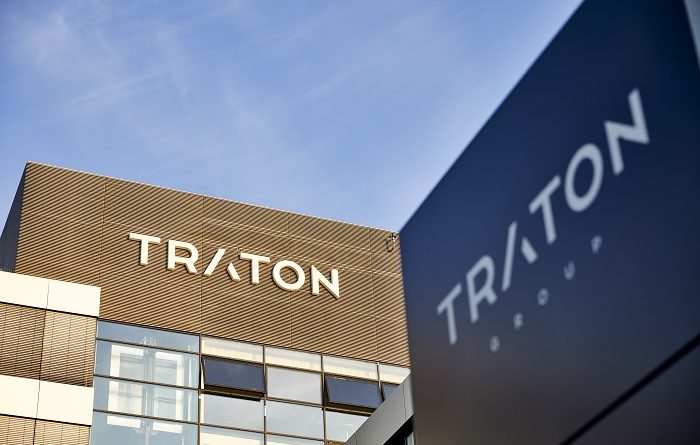 It seems we have a very interesting statement from the TRATON GROUP and its not about their headline figure about how much they are going to invest in fossil free road transportation which is interesting in itself but its what they have said after that.

Traton has announced its decided to increase its investment levels in research and development for e-mobility by 2025 to €1.6 billion. This is up by 60% an their original plans and at the same time TRATON is scaling back investments in conventional drives for these to make up less than one-fifth of its product development in 2025. This means that by then, the share of product development dedicated to electric mobility will have doubled.

“TRATON is setting a clear focus on electric trucks. This transition will not happen overnight. It will be gradual, sustainable, and in line with the required network expansion. If there is no charging infrastructure, it will not work,” said Matthias Gründler, CEO of TRATON SE.

Why are so many manufacturers splitting the decade up?

You may have noticed that many European manufacturers split the decade up into two distinct sections, upto 2025 and 2025 to 2030, this mainly due to the way the EU have decided to ‘fine’ manufacturer based on the gross emission levels of the vehicles they produce.

TRATON GROUP so no different, they have already set concrete targets for 2025 and 2030: electric vehicles will make up around 10% of Scania’s European unit sales in 2025, with half of MAN’s new buses also equipped with an electric drive system by the same date. By 2030, every second vehicle sold by Scania will be powered electrically and at least 60% of MAN’s delivery trucks and 40% of its long-haul trucks will be zero-emission.

The really interesting part of the announcement comes when they discuss alternative drives, TRATON’s main focus will be on battery electric vehicles for both short and long haul ! They believe most of the time, pure electric trucks will outperform their hydrogen counterparts as the more cost-efficient and eco-friendly solution for trucks, especially long-haul trucks.

Many commentators have stuck to a basic rule of thumb that says battery electric for short haul and hydrogen fuel cell for long haul, that is not Tratons view indeed they say “you often hear that hydrogen trucks are something for the long haul and electric trucks the preserve of short-haul applications. As far as TRATON’s CEO is concerned, this is not true”. Instead, he believes that the profitability of an electric truck and the amortization of its batteries come down to constant, heavy usage. And this is especially the case in long-haul heavy-duty transportation. Having said that, hydrogen trucks are also likely to take hold on the market in the next ten years and may also play a role in regions where green hydrogen is particularly cheap, say near the North Sea wind farms or at ports.

“This is because compared to electric trucks powered by batteries alone, hydrogen trucks have one major drawback: just one quarter of the energy output is ultimately used to power the vehicle, with the other three quarters lost along the way from the energy source to the road. This is the other way around for electric trucks,” explained TRATON CEO Matthias Gründler.

Its our belief that Traton are right, but in some operational cases they are wrong. It all boils down to the operational job of the tractor unit. Let’s face it you see tractor units across the mileage spectrum from urban, regional and long haul, so urban and regional haulage could definitely be candidates for battery electric rather than hydrogen fuel cell. But truly long haul – that’s a matter of geography and legislation. Confused ?? OK, geography because Traton are a global player as well as owning familiar brands for us in Europe such as MAN and Scania , they also have their South American operation and, last but definitely not least their latest acquisition, Navistar in the US! Across both continents the operational constraints in geography and legislation are very different, for instance we have the working time directive enforced by the smart tacho which effectively means a driver can only drive around 200-250 miles in one go before having to rest for at least 45 mins. This can help short/regional battery top ups if we have the right infrastructure with HPCCV over the coming years. Of course in South or North America the drivers hours are different and then there’s geography, short, regional and long haul have completely different meaning in the UK and the US!

So Traton are right and wrong in short and ultimately both battery and hydrogen will play their role its just a matter of time, geography and legislation !!