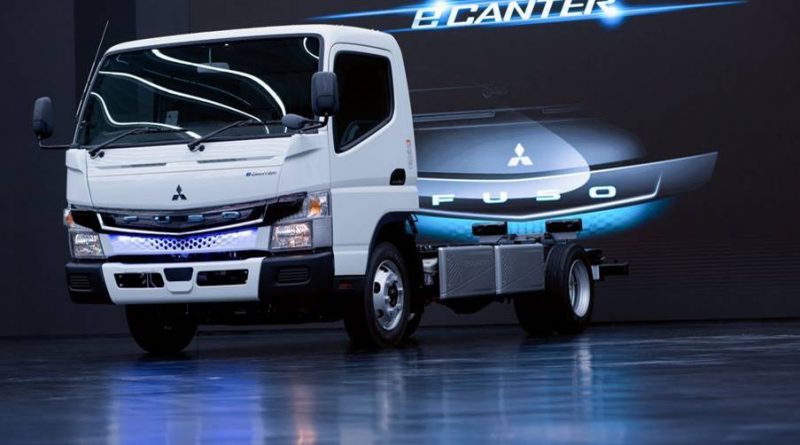 Its just three years since Daimler Trucks decided to electrify their best selling model the Fuso Canter, imaginatively called the eCanter. Since that time over 200 Fuso eCanters have been manufactured under small series production quotas.

Thanks to the global appeal of the Fuso eCanter where it is sold in North America, Europe and Asia, the vehicle has operated in many of the world’s major cities such as New York, Tokyo, Berlin, Amsterdam, Paris, Dublin, Oslo, Copenhagen, Helsinki, Lisbon and , of course, here in the London.

After its launch in 2017, Daimler Trucks has used the Fuso eCanter as its key ‘volume’ light duty Battery Electric Truck (BET) and carried many of the pioneering technologies allowing for a practical and usable electric truck. As of February 2021, more than 40 vehicles are running in the United States, over 60 trucks in Japan and another 100+ FUSO eCanter in customer operations in Europe. Between the 200 Fuso eCanters they have travelled a total of three million kilometres apparently enough to cover 75 circumventions of Earth!

The 7.49-tonne vehicle has a driving range of more than 100 kilometres with a single charge, and is designed to spend most of its time carrying out inner-city distribution. One of the many criticisms levelled at electric vehicles, vans or trucks, is the lack of payload compared to their diesel equivalents, the Fuso eCanter is one of the notable exceptions with a chassis payload of up to 4.15 tonnes.

A typical operation of this urban styled truck includes the short-radius delivery of packaged goods, e-commerce orders, post or even beverage and industrial gas transportation. Customers in Europe include logistical household names such as PostNL, Dachser, Deutsche Post DHL, Rhenus Group or DB Schenker. In the UK companies such as Hovis, Wincanton and DPD have been operating eCanter in anger for a couple of years.

Finally the eCanter is part of FUSO’s vision to accelerate electrification and locally zero emission transportation in the commercial vehicle industry. In line with the sustainability strategy of Daimler Trucks, FUSO aims to have all new vehicles in the Triad (Europe, North America, and Japan) “tank-to-wheel” CO2-neutral by 2039. This means the eCanter thereby will be playing a significant role toward achieving carbon neutral transportation for the Daimler Truck company and its customers.

RENAULT TRUCKS GO ELECTRIC FOR EVERY SECTOR BY 2023