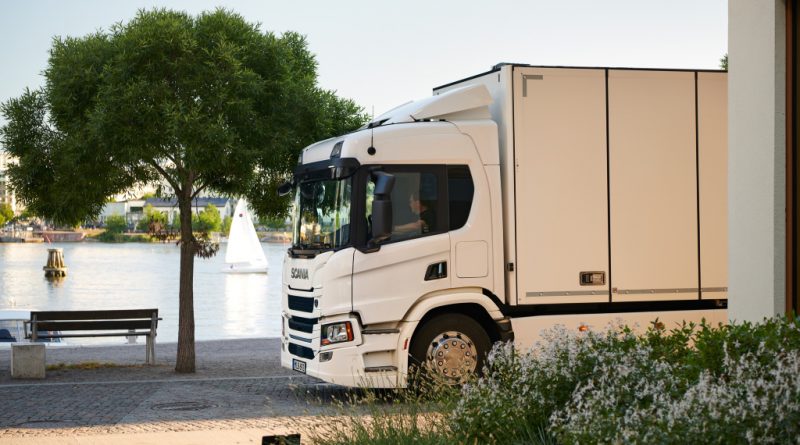 Scania’s future electric plans have recently released with an overview of their aims and ambitions for road transport sustainability which unsurprisingly shows they plan to be the leader in the sector. Of course, they are part of the Volkswagen Commercial Division called “Traton” which also owns MAN Trucks and Volkswagen vans here in Europe and Navistar in the US as well Volkswagen Caminhões e Ônibus brand in South America.

Scania believes the shift towards a sustainable transport system increases, battery electric trucks (BET) will be the main tool to drive this shift and to enable decarbonised transport solutions. They believe the rapid development of electric solutions for heavy duty vehicles includes the fast advancement of battery technology in respect of energy storage capacity per kg. Charging time, charging cycles and economics per kg are improving rapidly. This means these solutions will become more cost effective, primarily in repetitive and predictable applications. They will gradually overtake Scania’s industry-leading fossil and biofuel powered solutions in most transport applications.

Alexander Vlaskamp, Head of Sales and Marketing at Scania says “We see that battery electric solutions are the first zero-tailpipe emission technology to reach market broadly. For the customer, a battery electric vehicle requires less service than a conventional one, meaning higher uptime and improved costs per km or hour of operations. We have learnt from the bus segment where transformation started earlier and battery electric options are in high demand. Scania’s timing in that segment was not optimal, however it provided good experiences and we are presently accelerating with the new Scania bus range. It also gave us good base knowledge as we ramp up the electrified truck business,”

The company has already launched a fully electric truck as well as a plug-in hybrid truck. In a few years’ time, Scania plans to introduce long-distance electric trucks that will be able to carry a total weight of 40 tonnes for 4.5 hours, and fast charge during the drivers’ compulsory 45-minute rest.

Scania claims they are currently the only heavy-duty vehicle manufacturer with hydrogen vehicles in operations with customers, although they don’t say in which region, as there are numerous hydrogen trucks in service around the world.

Interestingly their test have shown three times as much renewable electricity is needed to power a hydrogen truck compared to a battery electric truck as a great deal of energy is namely lost in the production, distribution, and conversion back to electricity.

Repair and maintenance also need to be considered. The cost for a hydrogen vehicle will be higher than for a battery electric vehicle as its systems are more complex, such as an extensive air- and cooling system. Furthermore, hydrogen is a volatile gas which requires more maintenance to ensure safety.

However, hydrogen is a promising energy carrier; good way of storing energy over long cycles, and will play an important role in decarbonisation if produced in an environmentally friendly way. Scania looks forward to sourcing fossil free steel for its trucks as hydrogen will play a greater role in several industries.

Stationary fuel cells are an important component of the electric charging system. This solution is especially promising in areas with abundant renewable energy, and in rural areas off the main electricity grid.

“To do what’s best for both our customers total operating economy and our planet, we are not closing the door on any possibilities. It is clear that Scania’s focus in the here-and-now perspective as well as short- term is a combination of renewable fuels and battery electric vehicles. We see that for basically all segments,” Vlaskamp continues.

Scania’s science based climate targets will see the company cut CO2 emissions from its own operations by 50 percent by 2025, as well as reduce emissions from the customers’ vehicles by 20 percent during the same period. To fulfil these far reaching targets, Scania’s focus is on well-to-wheel, which is more stringent than many of the legislative regulations coming up which centre on tank-to-wheel.

The company commits to launch at least one new electric product application in the bus and truck segment every year. At the same time, societal investments in a solid infrastructure for battery electric vehicles remains a priority.