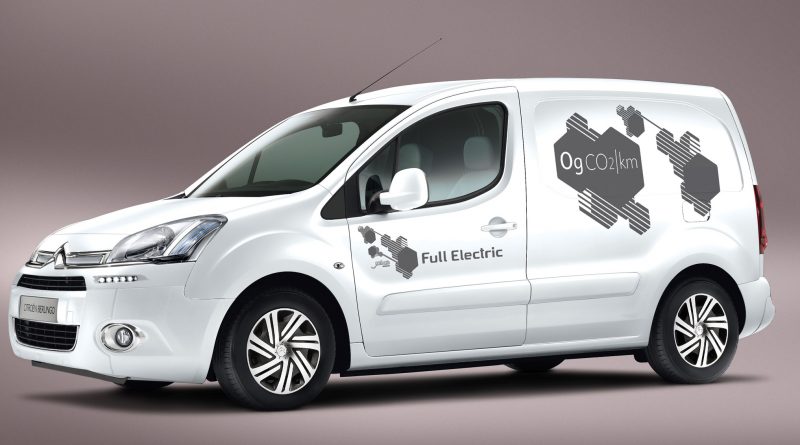 The Berlingo Electric is intended mainly for business customers looking for a practical vehicle that is
a pleasure to drive. The Berlingo Electric meets the needs of this customer base with, in particular, a
high load capacity, in terms of both volume and weight. The Berlingo Electric is an opportunity for
business users to project a positive image of their company and to show that it is seeking to protect
the environment. This model also addresses the increasingly complex issue of urban mobility. It also
stands out for its easy driving style, thanks to the automatic transmission, its silence and the driver
aids.

The two-part battery pack is installed under the floor in the rear, creating a perfectly flat rear
compartment that is identical to the one in internal combustion versions. The batteries are made up of
eighty 3.75V cells and are assembled in five elementary modules. The total capacity of the lithium-ion
technology batteries is 22.5 kWh. The range in a homologated cycle is 170 km, the best in its
segment, and more than sufficient for users of this vehicle, most of whom cover less than 100 km per
day.
The van can be charged in two ways, using two separate connections.
· Normal mode, using the 230V single-phase network, in about 8 ½ hours (14A). The charging
time may vary, depending on the available current, which differs from one country to another.
· Quick-charge mode, using a specific 380V, three-phase terminal. In this case, the battery can be
recharged to 80% in 35 minutes.
The synchronous, permanent magnet motor was developed with Mitsubishi Motors Corporation on
the basis of their electric drive train. The maximum power output is 49 kW (67 bhp) between
4,000 and 9,200 rpm, while maximum torque totals 200 Nm, between 0 and 1,500 rpm.
The power is transmitted to the front wheels through a speed reducer. The high performance of this
motor allows the vehicle to start-up on 25% gradients, even when the vehicle is fully loaded. In the
energy recovery phases (deceleration and braking), the electric motor acts as a generator.

The top speed is 110 kph and boasts a number of features that are unique in its segment:
· Dedicated eco-drive instruments on the dash:
o A power meter: like the power meter in the DS5 Hybrid4, it shows the power generated
by the battery in real time, with a green zone that represents an economical drive. This
power meter also shows the level of energy regeneration when decelerating and braking.
o An energy and secondary consumption gauge. The needle on the left shows the charge
level of the main battery. When the charge reaches 20% of the total useable capacity, a
light comes on and the power sent to the heating and/or air conditioning systems is
gradually reduced. When the charge level reaches 10% of the total useable capacity, a
“tortoise” light comes on. In this case, the power supply is limited and the air
conditioning and heating systems are inhibited in order to extend the vehicle’s range.
o An auxiliary consumption indicator that shows the consumption of the auxiliary
accessories powered by the main battery, i.e. the heating and air conditioning.
o An on-board computer. The computer displays the average consumption, in addition
to the usual data.
o A specially adapted navigation system that gives details of the nearest charging
stations and indicates the distances that can be covered, depending on the remaining
range.
· A deceleration and braking energy recovery system

· A full-electric HVAC system, with an “ECO” function that limits energy consumption, by only
leaving the ventilation system switched on.
· Hill start assist, coupled to the ESP system, which both ship as standard.
· A “creep” function for easy manoeuvres at low speed.

Just like the internal combustion versions, the Berlingo Electric is available in two bodywork
options, normal and long, measuring 4.38m and 4.63m in length respectively.
The Berlingo Electric is best-in-segment for its load volume (3.3 m3 in the normal version and
3.7m3 in the long version), and load length, 1.80m and 2.05m respectively.
The Berlingo Electric also features the Extenso cab, with an extra central seat to carry a third
occupant and a foldaway backrest on the central seat, creating a mobile office. To carry bulky
objects, the passenger side seat can be folded away to increase the load length by 1.20m while
maintaining the flat floor pan and leaving space for one passenger in the front. In this configuration,
the load volume is increased by 0.4 m3, to 3.7 m3 and 4.1 m3 respectively The height of the
passenger seat can also be adjusted in order to carry tall objects in the front of the vehicle.
The payload of the Berlingo Electric can reach 695kg, another class best.